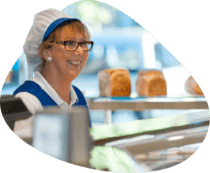 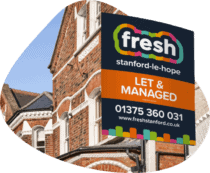 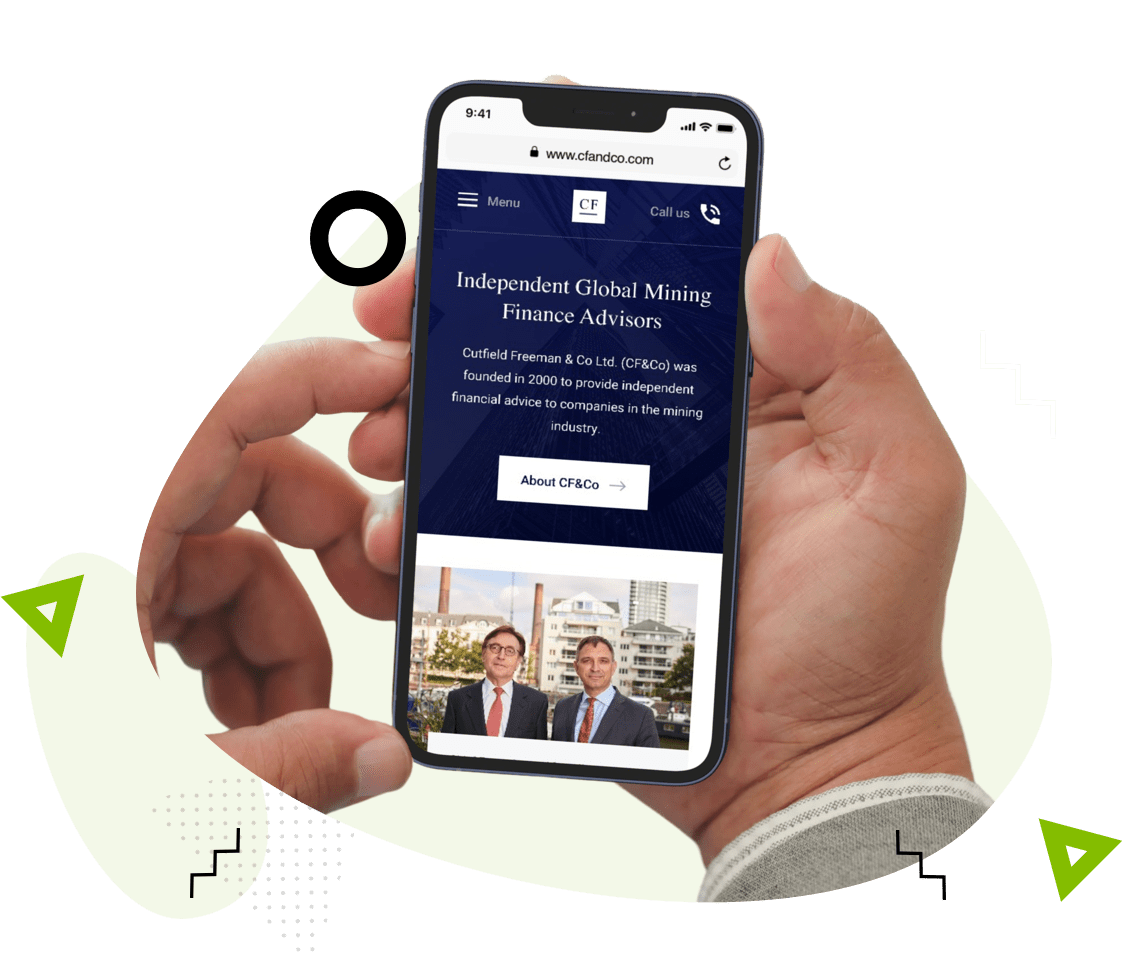 CF&Co approached us in 2018 to replatform their website to WordPress. They were on a framework legacy CMS, which was incredibly basic, very limiting, and prevented them from making even simple changes.

The website was slow (scoring an E in GTmetrix) and still on HTTP, so not secure. It also needed work to make it GDPR compliant.

The user experience was lacking. The CTAs were not striking, there was no visible contact number, and although the site was responsive, it still failed to offer a good mobile experience.

CF&Co didn’t want the structure of the site to change greatly, but wanted greater control and flexibility, the ability to create and publish content themselves, and a site that would scale with their growth.

As industry leaders, they needed a validation website that reflected their position as respected thought leaders.

Although not a lead generation website, they still wanted a site that was built to SEO best practice, so they could be easily found by their audience.

With usability being one of their major challenges, replatforming them to WordPress was the obvious choice. We knew this would give them the control and flexibility they needed, without a steep learning curve.

Our stakeholder workshop identified their requirements, design direction, and allowed us to fully understand their challenges and how we could solve them.

From what we learned in the workshop, we developed design visuals which better captured their industry standing, with a more refined and clean look.

Although the sitemap wasn’t changing drastically, we included new pages, such as individual people profiles. These allowed us to give space for proper in depth personal bios for their industry recognised professionals, instead of trying to fit enough detail for everyone on a single page. They are split out into location sections, for users to easily locate the experts from their country. Individual profiles was also a better solution for organic search, as people search for these well known industry thought leaders.

As leaders in their industry and due to confidentiality, CF&Co can’t mention any confirmed transactions, but the site provides a list of clients per industry sector that they operate in. This helps with validation and social proof.

To ensure a professional and consistent feel, we introduced CF&Co to one of our photography partners, who were able to create the headshots for the employee profiles. 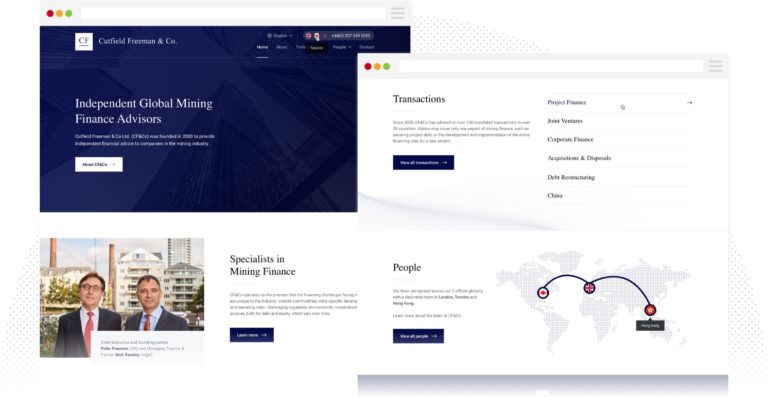 For a better user experience, we created a clearer and easier to use navigation structure. We also added a contact number to the header, with a flag selector to change the number for their key locations.

We made sure that all of their CTAs were more effective, easy to find and visually striking.

To break up the heavy blocks of text, we used accordions, to make the important information more easily digestible. 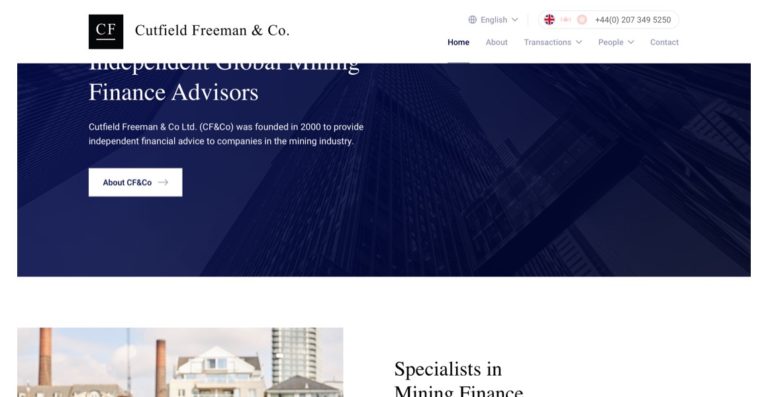 Multi-Lingual in English and Simplified Chinese

The site needed to continue to offer multi-language options as a large portion of their audience are based in China, so we implemented a selector giving the user the choice between English and Chinese (simplified) using WPML. 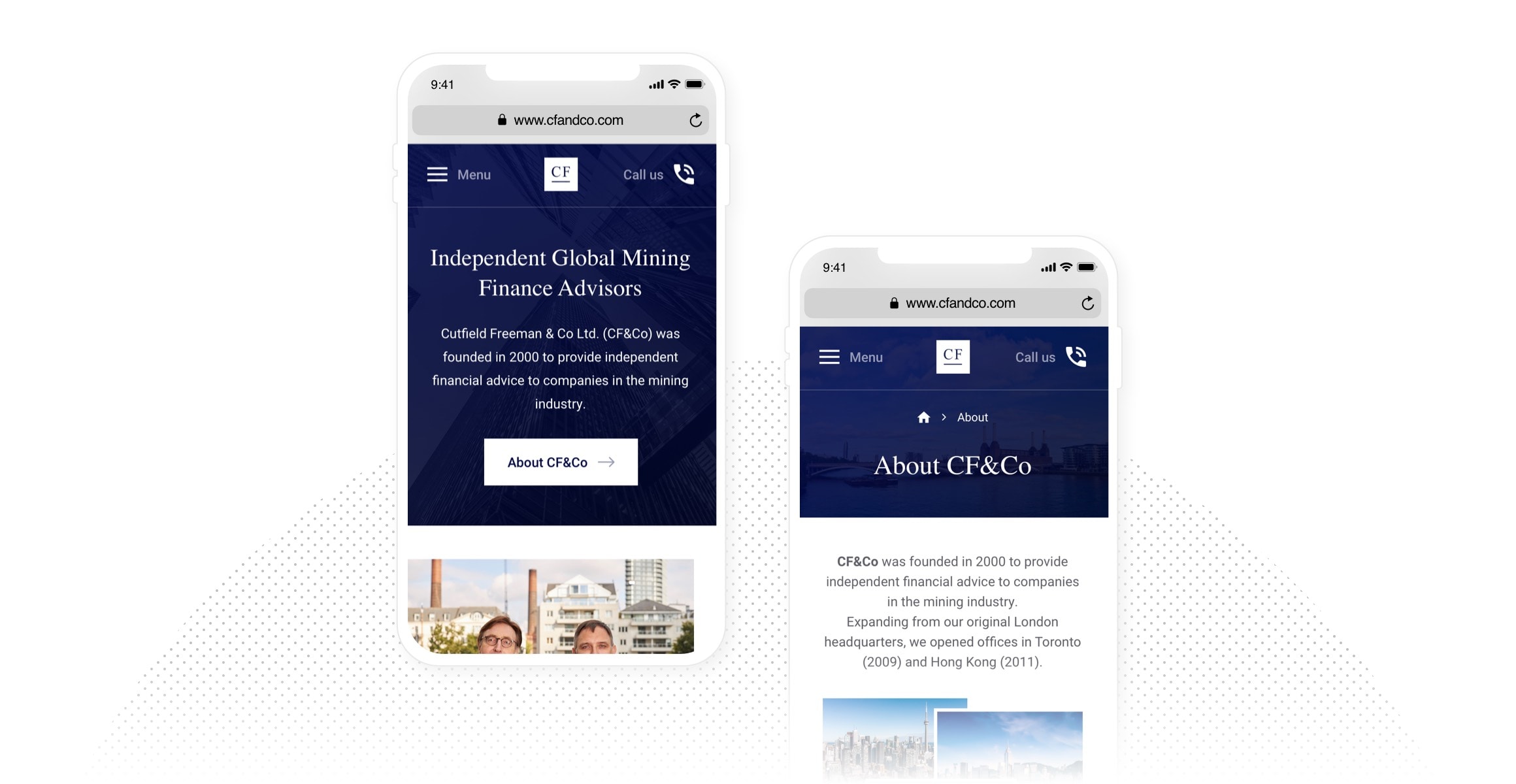 We made sure their new site had a valid SSL certificate, moving them to HTTPS, and as such removing the warning messages search engines provide users with if entering a non-SSL encrypted site. 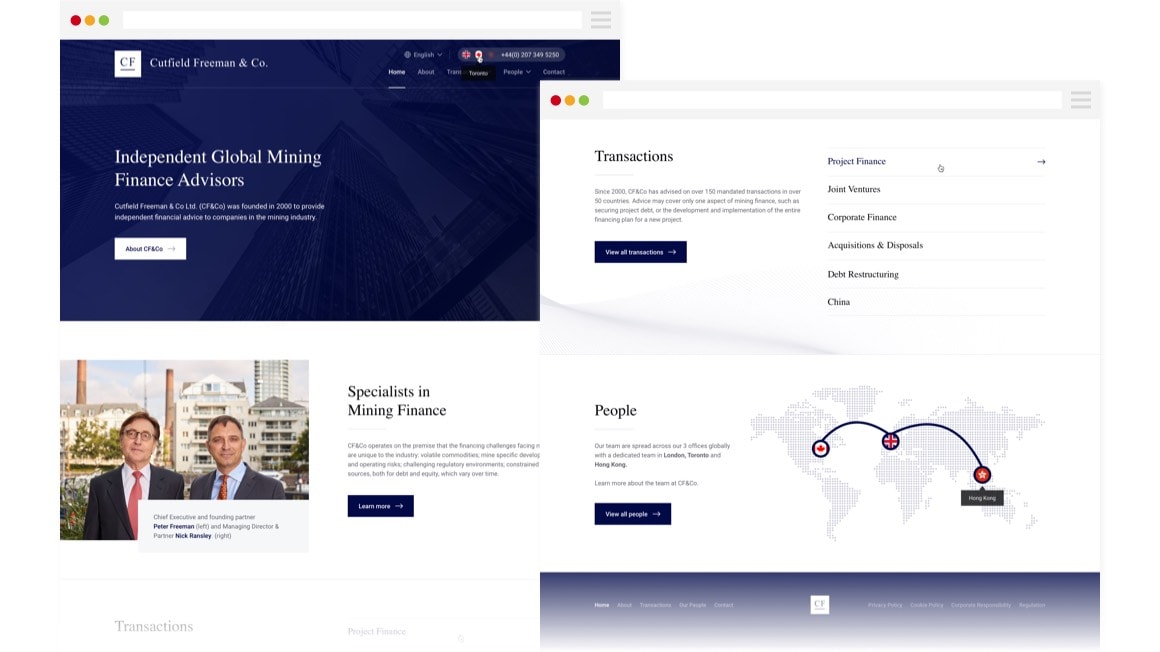 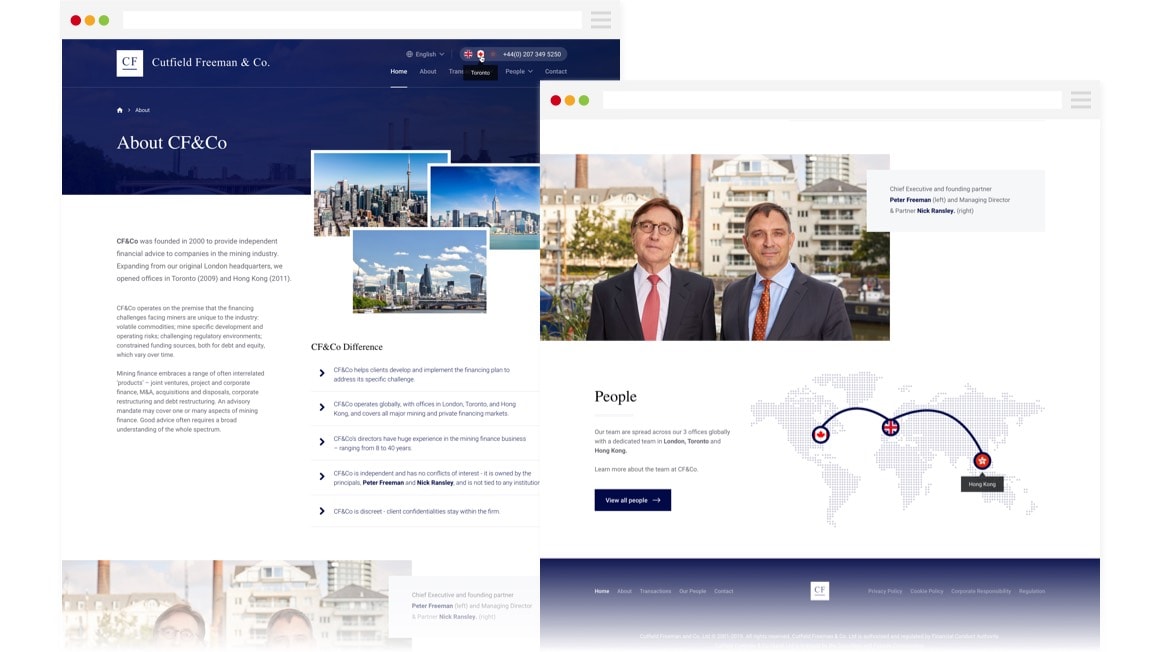 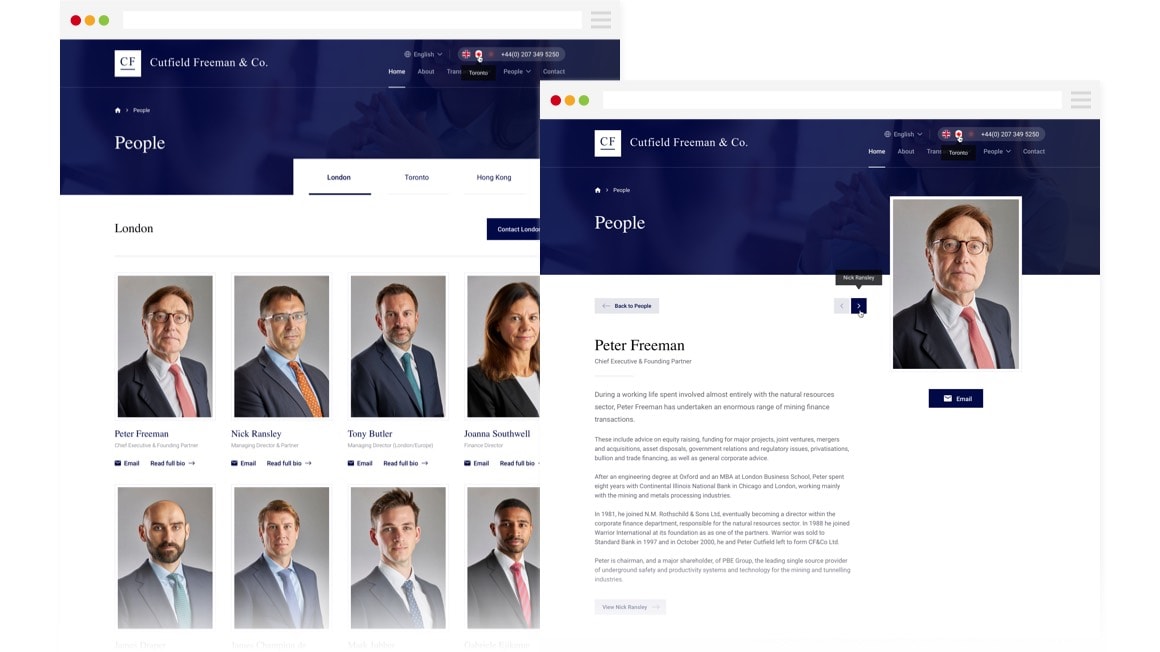 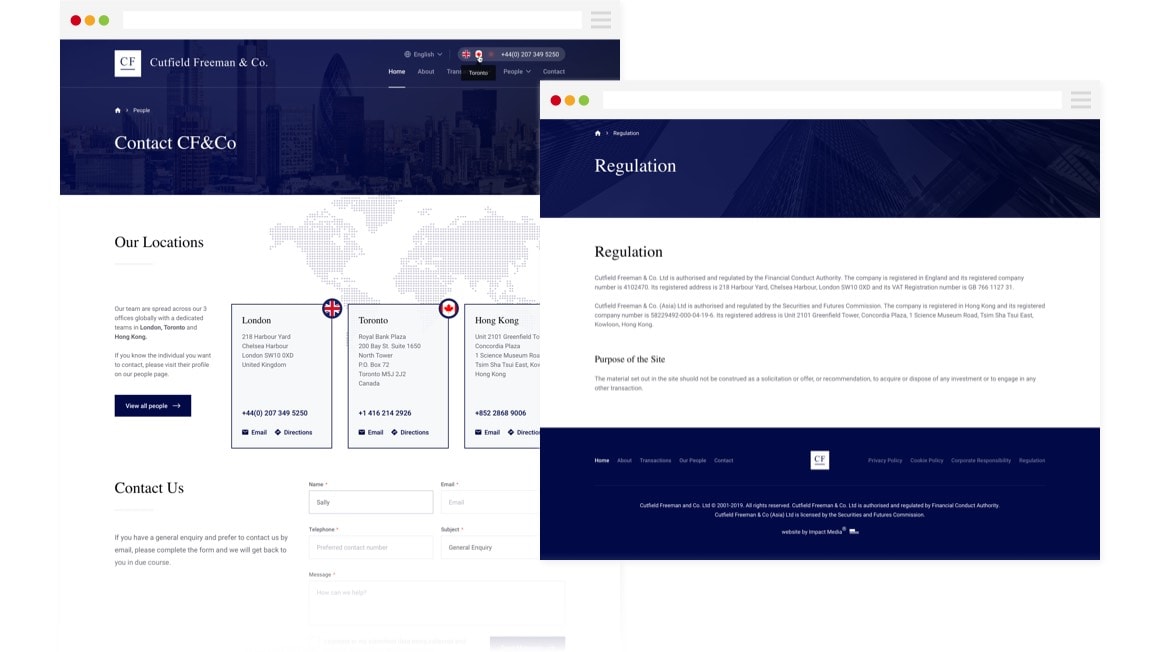 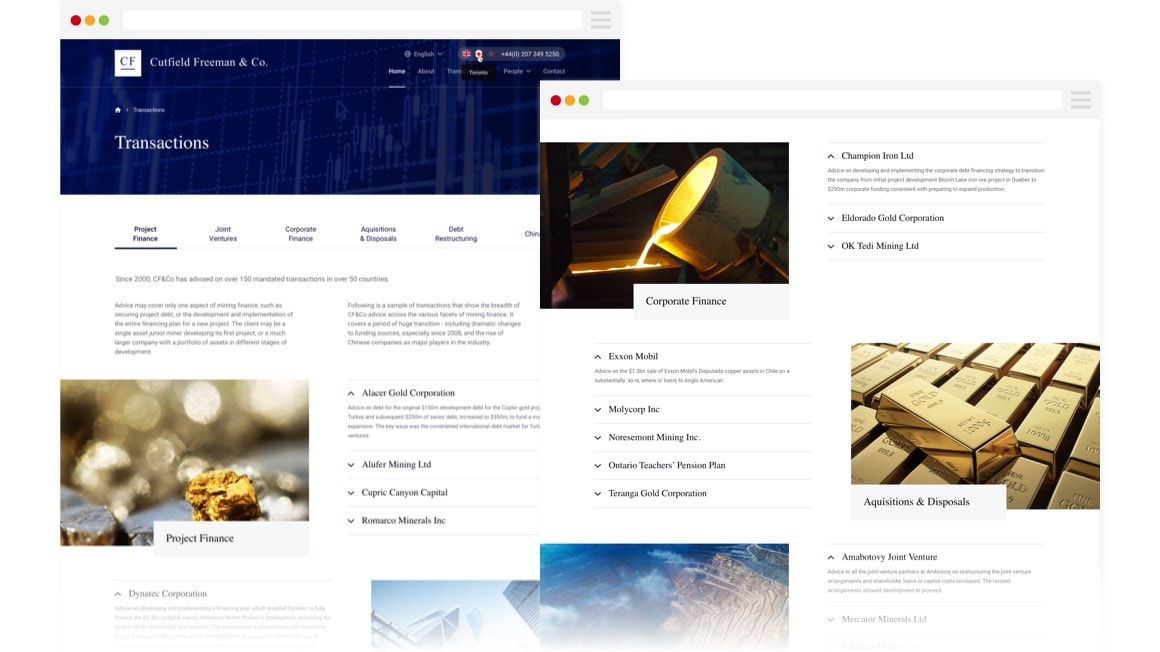 Ease Of Use & Training

To help CF&Co manage their content with ease, we included Elementor page builder for post types that they need to be able to edit and add to.

We then included a series of training videos within the backend, so that all existing staff had all the information needed at their fingertips to make the most out of their new site, and to make it easy to train any new staff they employ in the future.

Understanding that the percentage of users accessing their website on mobile devices was rapidly growing, we took a mobile first approach with the new site. Building mobile first ensures a flawless mobile experience, and naturally helps with organic search performance.

Aside from WordPress, the website uses Gravity Forms to manage form data and personalisation.

We implemented WPML for the multi-lingual functionality, for English and Chinese (simplified).

We also as standard included Yoast for ease of on-page search optimisation, along with Google Tag Manager, and Google Analytics tracking.

Find out more about the plugins and custom integrations we’ve created here. 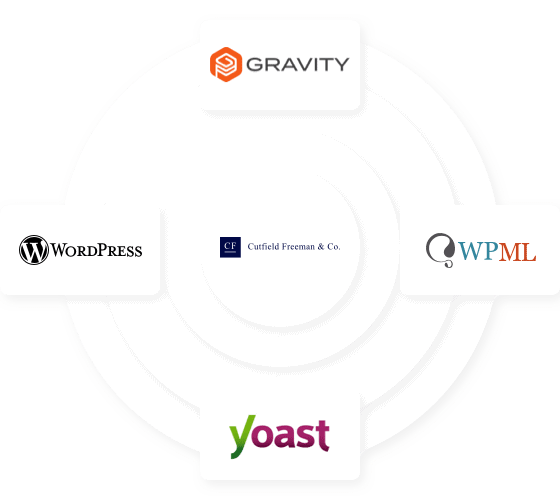 The new site has been a great success. It is fast, easy for users to find and navigate, and most importantly, CF&Co find it simple and enjoyable to edit and add new content. 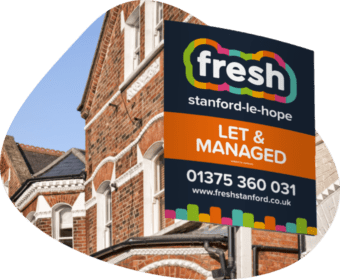 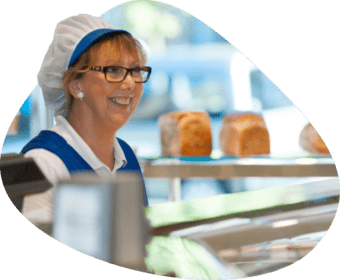 Read Case Study
Want to experience a new
& exciting WordPress Backend?
Forget what you know about WordPress, we make it even easier. Want to know how?
Book A Demo